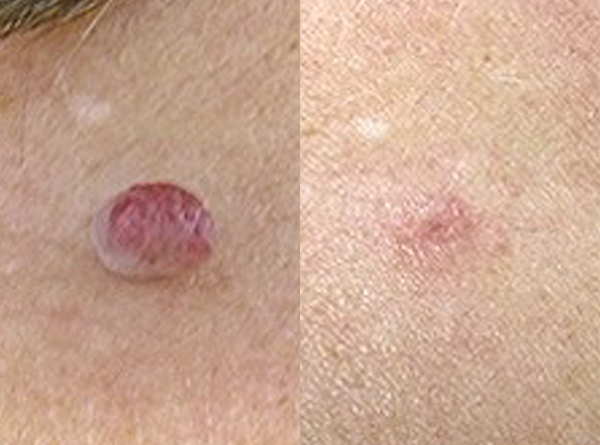 A new series of posts diving into the science behind treating skin lesions with Cryotherapy. This week we cover Cherry Angioma

Cherry Angioma are described as a benign mass of dilated blood capillaries that protrude onto the surface of the skin through the epidermis. The lesions sit as small bright red spots and can appear anywhere on the body. Usually, less than 1 mm in height and diameter but may sometimes grow to be much larger. It is suggested that there are a variety of causes.

Clinical experts suggest that advancing age is the main factor in developing these lesions, and this may be due to small weaknesses developing in the elastin which hold epidermal cells together, allowing the capillaries to ‘bulge ‘through the tissues onto the surface of the skin.

There are some chemicals that may affect and initiate the production of these lesions, Mustard Gas, Bromine, and Ciclosporins. Bromine is accepted to have the greatest risk.

Hormone changes in pregnancy are also associated with Cherry Angioma development, but these imbalances may also be caused by bromine poisoning (as above) and also by food additives and pesticides found in food.

Fingernail analysis has shown that increased numbers of C/A are found when there is a high concentration of Oestrogen found in peripheral blood vessels, causing dilation of the capillaries.

Excessive UV light exposure may also be a contributing factor due to the damage caused to the elastin in the skin, which results in cellular adhesion loss allowing the capillaries to bulge through.

Sudden and/or rapid increases in body volume have also been associated with the production of C/A. This is thought to be due to stretching of the joints between cells in the epidermis, allowing small spaces to appear giving an area for the capillaries to push through to the surface.  When the volume is lost, then the capillaries are trapped on the surface unable to retract. This can happen during pregnancy and illnesses due to fluid retention

Cherry Angioma are easily treated with simple Cryotherapy; a simple freeze will close down the capillaries and reduce the Angioma.

A new series of posts diving into the science behind treating... read more

We're ecstatic to announce we will be attending Olympia Beauty in... read more

Removal of unwanted facial and body hair is a common complaint... read more 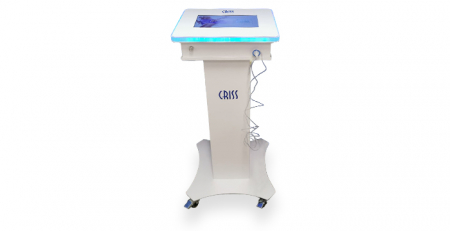 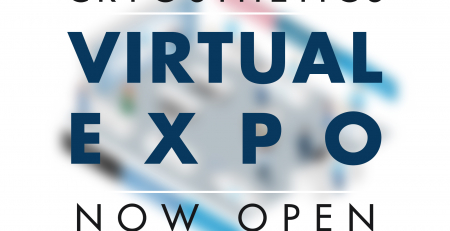 A brand-new, industry-first platform for the new normal. At Cryosthetics we... read more